Student life on our London Campus

Find out more about the Campus

Located in the historic London Docklands, a 1-minute walk from East India DLR station, you will find our newly expanded campus.

Our next generation campus features a stunning atrium, with light and airy teaching and learning spaces and great views across London.

Our technology-rich, flexible breakout and study spaces encourage interaction and collaboration amongst our students.

This greatly enhances their success in learning.

UWS London Campus is perfectly situated for access to East London’s rich and diverse amenity offering – which can all be easily reached by foot, bike or public transport.

To the south west of the campus is Canary Wharf – with its iconic skyline and over 300 shops, cafés, bars and restaurants.

It is also home to one of London’s biggest roof gardens, an Everyman Cinema and a diverse year-round arts and events programme.

Stratford and the Queen Elizabeth Olympic Park are to the North – with some of London’s best sporting facilities, parkland as well as Westfield Stratford City for those in need of retail therapy.

Hackney Wick, Fish Island and Victoria Park is where a growing creative community thrives – alongside a lively social scene. 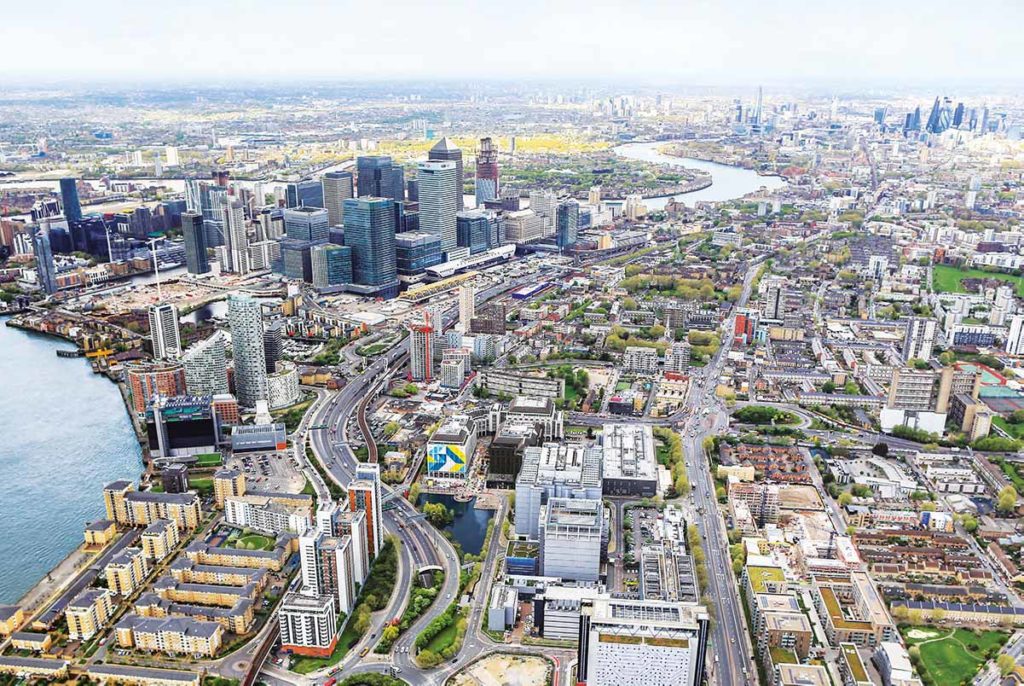 The beautiful water garden - a great place to relax.

From its 7th floor location in the Inbound Building, our London Campus offers modern and dynamic, flexible work and learning spaces with panoramic views of London Docklands.

The campus’ well-equipped teaching spaces can be adapted for individual and collaborative group work.

The campus’s social spaces and Students’ Union provide the ideal spots for you to relax between studies.

Our London Campus provides you with a lot of options for getting around the city. Want to get from East to West? No problem, it’s 30 minutes away! Want to get a little further? You’ll be at the airport in 8 minutes.

Whether you feel like walking, cycling or taking transport; It’s a great base for exploring.

A hidden gem for restaurants, cafes and coffee shops, you will find plenty of places to get a wide range of high-quality food and refreshments. Plus small independent shops and supermarkets nearby mean you will never be too far from everything you need to feel at home on our campus.

The campus features a wealth of calming spaces, including a water garden and lake.

You can also take advantage of the on-site gym or grab a hire bike and cycle around London.

Find balance with work and rest in our water garden.

The campus is also home to a vibrant community, with regular events ranging from health and welbeing, to networking or topical speakers.

While we do not have UWS-managed student accommodation in London, there are many private rental options for students seeking accommodation. Companies such as Sanctuary Students, Unite Students and O2O London as well as local letting agents for private flat rental can provide options.

We are here to help and to make your journey to UWS London as smooth as possible. Please use the relevant button below to enquiry about a course you would like to apply, to clarify any doubt you may have about us and our admission’s process, to send us a complaint or suggestion. After you submit your enquiry, one of our advisers will get back to you as soon as possible.

Information to explain how you can apply and make your UWS application as smooth as possible for all our courses.

Any cookies that may not be particularly necessary for the website to function and is used specifically to collect user personal data via analytics, ads, other embedded contents are termed as non-necessary cookies. It is mandatory to procure user consent prior to running these cookies on your website.

Analytical cookies are used to understand how visitors interact with the website. These cookies help provide information on metrics the number of visitors, bounce rate, traffic source, etc.

Advertisement cookies are used to provide visitors with relevant ads and marketing campaigns. These cookies track visitors across websites and collect information to provide customized ads.